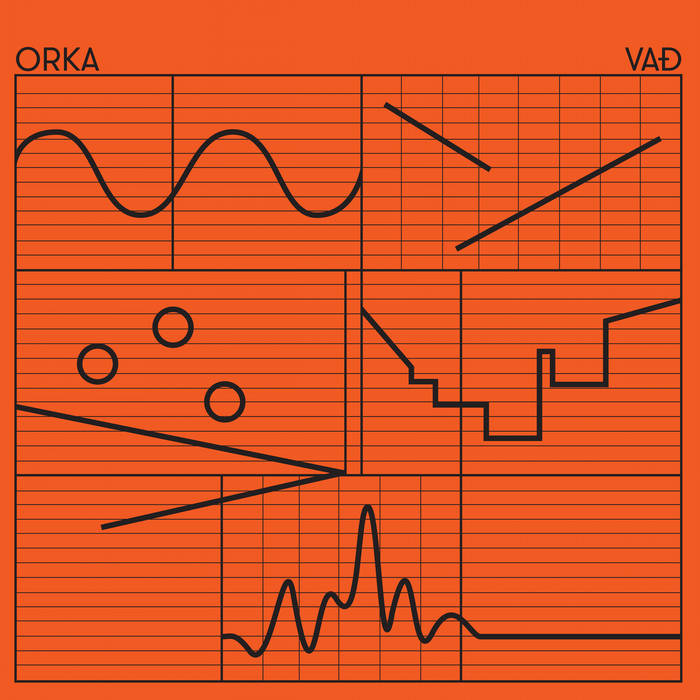 KER001. The origins of ORKA date back more than a decade, when the band began crafting their own handmade instruments out of agricultural tools on a small farm in the Faroe Islands. But make no mistake, this is not rural music as you might imagine it. From those humble beginnings, ORKA have created a bold and daring electronic sound that has earned them fans around the world.

Still based on those homemade instruments, the sounds are largely broken up into samples. The music remains distinctively ORKA, while ushering in an exciting new twist in their sound.

“I think that after several albums and tours I felt the need to make a record which had fewer elements which I could focus on and explore,” says Thomsen. “On Grind all sounds are either found sounds or samples from instruments I built myself. Other tracks like Dimmalætting have synthesisers, but we have used them sparingly on the album.”

“Vað has been all about getting to the core of an idea or tune and stripping it down to its essentials,” he continues. “A few tracks on this album are made up from three parts only. Also only five people have worked on the material, compared to the seemingly endless credits list on ORKA’s last album Leipzig.”

“We wanted to avoid overproducing and rather stay true to the roughness and immediacy of the core ideas. This approach has given it an almost neanderthal sense of texture and pace.”

As well as Thomsen and Oktopus, additional production work was provided by UK bass duo LV and the album was mastered by Matt Colton.

Bandcamp Daily  your guide to the world of Bandcamp

Featured sounds by K.Spark and WIZDUMB, plus Basi joins the show to discuss his latest release.